Wasaga Beach is a town in Simcoe County, Ontario, Canada. Situated along the longest (14 km) freshwater beach in the world, it is a popular summer tourist destination, located along the southern end of Georgian Bay, approximately two hours north of Toronto, and neighbours, to the west, Collingwood and The Blue Mountains which attract visitors much of the year. The town is situated along a very long sandy beach on Nottawasaga Bay in Georgian Bay and the winding Nottawasaga River. The beaches are part of the Ontario Parks Wasaga Beach Provincial Park; the park area totals 168 hectares (415 acres).

Wasaga Region has been an escape for tourists world wide to get away to some of Canada's finest beaches. Wasaga Beach could be any Ocean front community in Florida in the summer with all the activities to go with it. The strip and the beach offers all kinds of shops, restaurants and rentals to your vacation delight. But, this is only one side of Wasaga Beach across town lies a sleepy neighbourhood quiet and a wonderful place to live away from the hustle and bustle of the beach area. Wasaga Beach was inhabited by the French in the mid 1600's, before a Huron community.

During the 1900s, families began to discover the beauty of the area and the beach gradually became a place for family picnics and holidays during the summer months. During the 1940s, while stationed at a nearby military base, servicemen from across Canada visited Wasaga Beach's amusement park, and they made Wasaga Beach known across the country. After the war, Wasaga Beach continued to be a popular place for cottages and day trips, beginning the century-old tradition of city dwellers travelling to the beach in the summer.

Wasaga Beach entered history's headlines in 1934 when the first overseas flight from mainland Canada, across the Atlantic to England and in a plane called the "Trail of the Caribou", used Wasaga Beach's long flat sandy beach as a take off strip.

The town was originally referred to as "the northern border of Flos Sunnidale and Nottawasaga Townships". The first municipal reference occurred when a designation of Local Improvement District emerged in 1947. In 1949, Wasaga Beach progressed to the status of a Police Village in the Township of Sunnidale, and the Police Village graduated to Incorporated Village status in 1951.

The incorporation of the Town of Wasaga Beach became effective January 1, 1974. The permanent population stood at 4,034, a dramatic increase from 1965, when only 500 people called Wasaga Beach home. Today the town has 20,665 full-time residents and 16,000 seasonal and part-time residents.

In 2017 Wasaga Beach announced a 625 million dollar makeover for the town. Creating modern and new business', restaurants, and tourist activities to regain the reputation Wasaga owned 40 years ago. There will be significant changes to the waterfront, the tourist strip and the town itself.


Wasaga Beach every type of property you are looking for. Cottages and beautiful waterfront properties on the edge of Georgian Bay, neighbourhoods of bungalows and 2 storey detached homes within the town, great potential for infill properties blocks from the beach and senior communities and homes throughout. Whether it be a quiet cul de sac in town or an acre lot further out you are able to find almost anything you want. Over the past 20 years we have seen a great deal of growth in Wasaga of detached homes and bungalows.

Whether your dreams include an modest home in one of Wasaga Beach's many new subdivisions, an expansive home in one of our two Golf Courses (Twin Creeks and Marlwood), a cozy cottage on or off the water (beach or river), perhaps a condo, or just a piece of land in this beautiful country side for creating your own personal get-away.


Why Live in Wasaga Beach?


Imagine miles of white sandy beach at your doorstep imitating the Florida Beaches that millions flock to each year. Imagine hundreds of miles of walking and biking trails, some of Ontario's best fishing or just having a place to boat daily. Imagine Cross Country Skiing, snowshoeing the wooded trails or snowmobiling for hundreds of miles.Wasga Beach is the prefect 4 season haven for every outdoors person to fulfill all their outdoor activities. Wasaga Beach, according to Statistics Canada, is one of the fastest growing communities in Ontario and the seventh fastest in Canada, and one does not have to look very far to understand why Wasaga Beach is more than just a popular four-season tourist destination. People from all over Ontario as well as other provinces of Canada, the U.S.A. and as far away as Europe are on the move to Wasaga Beach; a community which has never lost its 'small town' feel.

Wasaga Beach is a town of 21,000 with the infrastructure already in place for a bustling community of 35,000. With countless new subdivisions being developed by some of Ontario's Largest Builders catching the eye of not only so many young families and retirees but also numerous national franchise chains, Wasaga Beach is well on the map for many people ready to make their move to a more peaceful, tranquil surrounding.

Beautiful Wasaga Beach is nestled in and around 14 kilometres of a striking white sandy beach on Nottawasaga Bay and the winding Nottawasaga River. Every summer, over two million people visit this town to stroll the shores of the world's longest freshwater beach, enjoy the consistently warm summer temperatures, participate in the many activities in and around the beach, swim in the warm, crystal clean waters and enjoy the panoramic mountain view across Georgian Bay. There are endless recreation trails that are used for hiking, cycling, cross-country skiing and snowmobiling. The Nottawasaga River offers game fishing and great canoe routes to explore.

An entirely new Downtown Development Master Plan was released by town council in late January 2017, with an estimate for capital investment of $625 million and a 20 plus year time frame for completion. The first phase (five to 10 years) will cost about $200 million for two development areas, one on the beach and one on the main land. Much of that is expected to be funded by developers.

The plan provides the following specifics, as summarized in a report by the Collingwood, Ontario newspaper Enterprise Bulletin.[26]

The Lower Main area built out would have the following characteristics:

• Include a Town Square

The Beach Area built out would have the following characteristics:

• Include a Festival Square

• Hotel with indoor entertainment and boutique

Mayor Brian Smith recognizes that the plan is ambitious, but offers the following comment. "Unlike previous 'pie in the sky' development schemes, this one is 'realistic, affordable and sustainable'". He believes that it will attract investment and development and reignite the tourism industry.

More recently, and unrelated to the master plan, town council agreed to search for a local painter to beautify the town-owned buildings and to create murals. The budget for this is $31,000. Benjamin Moore has offered to provide the paint at a discount and to arrange for a 90-second spot on the City TV show City Line. The town also plans to install interactive activities at the Main Street Market at a cost of $7,900.


There are a total of 52 properties matching your search. 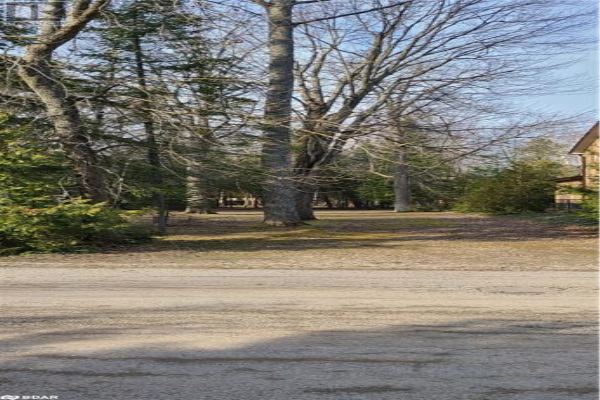 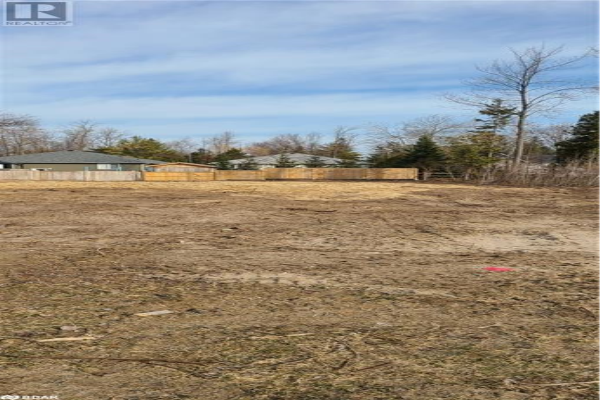 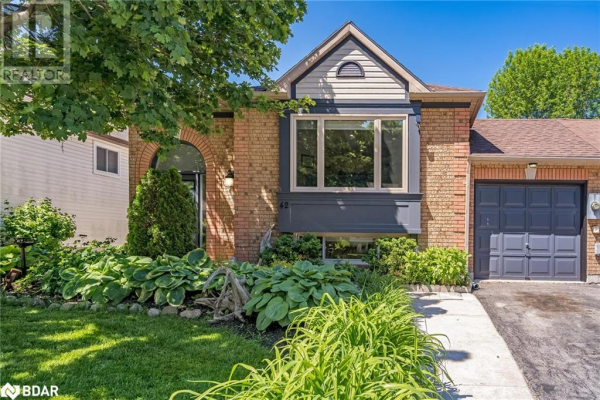 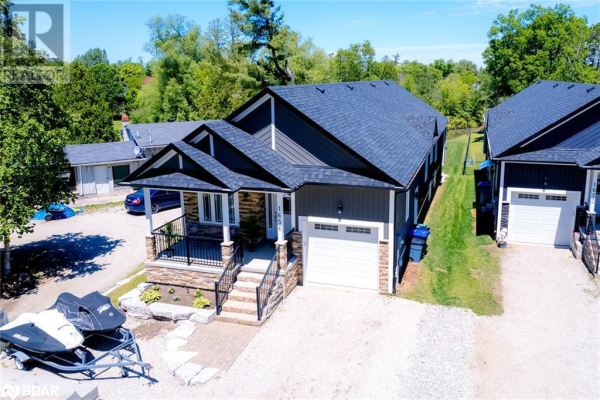 Terms of Use
This website is operated by Katrina Elliston, a salesperson who is a member of The Canadian Real Estate Association (CREA). The content on this website is owned or controlled by CREA. By accessing this website, the user agrees to be bound by these terms of use as amended from time to time, and agrees that these terms of use constitute a binding contract between the user, Katrina Elliston, and CREA.

Copyright
The content on this website is protected by copyright and other laws, and is intended solely for the private, non-commercial use by individuals. Any other reproduction, distribution or use of the content, in whole or in part, is specifically prohibited. Prohibited uses include commercial use, "screen scraping", "database scraping", and any other activity intended to collect, store, reorganize or manipulate the content of this website.

Trademarks
REALTOR®, REALTORS®, and the REALTOR® logo are certification marks that are owned by REALTOR® Canada Inc. and licensed exclusively to The Canadian Real Estate Association (CREA). These certification marks identify real estate professionals who are members of CREA and who must abide by CREA's By-Laws, Rules, and the REALTOR® Code. The MLS® trademark and the MLS® logo are owned by CREA and identify the professional real estate services provided by members of CREA.

Liability and Warranty Disclaimer
The information contained on this website is based in whole or in part on information that is provided by members of CREA, who are responsible for its accuracy. CREA reproduces and distributes this information as a service for its members, and assumes no responsibility for its completeness or accuracy.

Amendments
Katrina Elliston may at any time amend these Terms of Use by updating this posting. All users of this site are bound by these amendments should they wish to continue accessing the website, and should therefore periodically visit this page to review any and all such amendments.